​If you’re interested in the lectin-free diet, then this guide is packed with helpful information to help you created from years of experience. 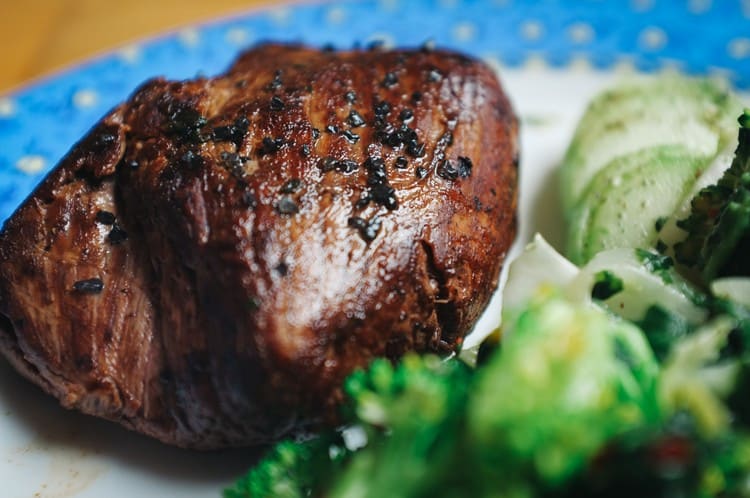 What Is A Lectin Free Diet?

Lectins are a type of protein found in certain foods. A lectin free diet is a diet that emphasizes removal of foods that contain lectins that cause problems within the individual. Since lectins can be found in many, many foods, the phrase “lectin free” actually means “harmful lectin free.”

Many symptoms can be traced back to the gut, as the gut is truly the root of our health and is the direct pathway for food to taken in and assimilated for nutrients and energy. Through food, our body is able to accomplish an incredible amount of tasks basically on autopilot for us, without effort by us at all. For example, our body naturally heals, such as when we get a cut. High-quality nutrition can make this all easier and make our body better performing.

When the gut begins to have problems, a large variety of symptoms can manifest, even if they do not appear to look like digestive symptoms on the surface. For example, poor skin is often related back to the gut. Furthermore, we can relate many problems back to nutrients, however, if the body is not properly assimilating nutrients due to the gut, of course then that could result in greater nutrient deficiencies. Another example is that children with autism are often found to have gut problems at the core, while again, it does not exactly appear that way on the surface.

Once the gut begins to have problems, it seems that lectins become more and more destructive. These lectins, which are hard to digest, effectively can set off food sensitivity reactions which can then cause frustrating or painful symptoms. These reactions are not necessarily immediately after eating, but rather can even cause difficulty the following day.

A lectin diet emphasizes removing the foods that cause these reactions, and typically the more sensitive the person is, the more foods they have problems with.

As such, removing lectin foods that cause problems and can further cause difficulty within the body can be an incredibly powerful strategy for dealing with gut health or digestive problems.

Typically, the foods that ​this diet emphasizes, are also considered highly nutritious and therefore can also naturally and positively impact the healing process and how good the person feels on a day to day basis.

Benefits Of A Lectin Free Diet

There are many possible symptoms that can be set off by food sensitivities, which happen when lectins cause a reaction within the body. Research has indicated that in autoimmune disorders, where the immune system is chronically activated, the lectins may, in fact, be causing food sensitivity reactions to take place.

These lectins may be leaking through microscopic holes in the gut, where typically the gut should be acting as a barrier for preventing incorrect things from passing through into the bloodstream. Either way, the lectins can set off a reaction that causes unpleasant symptoms. And in the example of an autoimmune disorder, the immune system is typically chronically activated. If the person was constantly eating lectins that were setting off these reactions, then, of course, it would make sense that the system is chronically inflamed and activated.

As mentioned, these symptoms can be set off the next day, some people noting that the reactions can even last up to 72 hours, so therefore, the person would not have to be eating the lectin food every minute of the day in order for the immune system to chronically be activated.

It is also plausible that a person with IBS or a more common digestive problem can also have food sensitivities. Furthermore, as mentioned, the worse the gut problem is, the more sensitive they may be to a wider variety of foods.

Either way, eating ​this diet can create amazing effects, including:

This is as a result of not setting off food sensitivity reactions. As mentioned above, because a person can be sensitive to many foods, it is important to remove the biggest ones from your diet if you want to have the maximum impact.

Food A: sets off symptom Z

Food B: sets off symptom Z

Removing Food A may not cause symptom Z to go away since Food B is still setting off food sensitivity reactions.

If you want to have the greatest impact with ​this diet, then removing the most common offenders first for a temporary time period can be a powerful way to approach things, as you get a real baseline level of what the possibilities are.

Here are just some of the symptoms that have been traced back to being set off by lectins via food sensitivity reactions.

Consider that in most diseases, chronic inflammation is occurring and lectins can set off an immune response. Diseases almost always have some sort of gut problems at the core, since the gut is such an integral part of the system. So a wide variety of diseases can be affected not only by the gut but also by lectins. For this reason, a large list of autoimmune diseases or digestive disorders could be listed here and utilizing a lectin diet until the gut has healed has massive potential benefits.

Here are some potential ​issues that can be reduced or eliminated by a good lectin free diet.

As a result, the impact of ​this diet can be absolutely game-changing. Not coincidentally, the paleo diet has many overlaps with the lectin diet, which are discussed in more detail below. 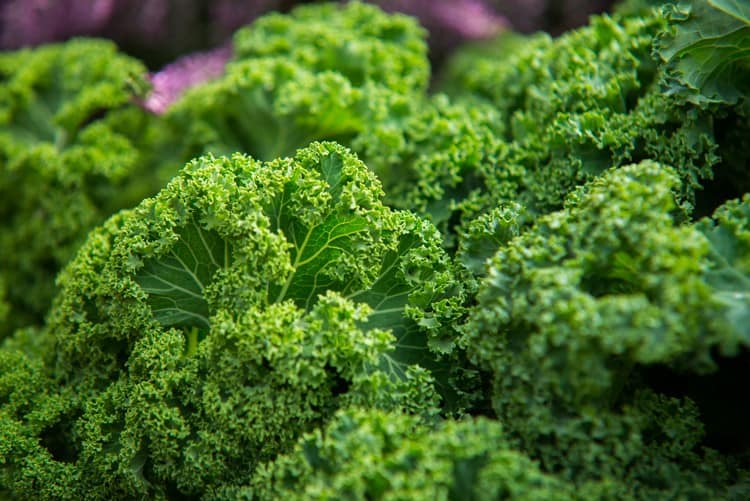 Foods To Avoid In A Lectin Free Diet

When utilizing a lectin diet, most of the emphasis is placed on what foods the person is avoiding that is causing problems.

Here are some of the biggest offenders that people remove in a lectin diet. There are five main categories.

These are some of the biggest offenders​, although it seems they may vary from person to person. Typically, the more sensitive the person is, the more foods may cause problems.

Foods To ​Include In A Lectin Free Diet

Many foods that contain low levels of lectins and are not major offenders can be consumed especially with a variety in intake without causing noticeable symptoms to be set off.​

Here are some foods to include in ​the lectin-free diet. ​

​You can also ​check out this list of low lectin foods.

One thing to keep in mind with regards to a lectin diet is that if you could feel amazing, would you adjust how you ate in order to feel amazing?

If the answer is yes, I want to feel amazingly good, then you’ll want to make it as clear as possible how lectin foods are affecting your body and emotions.

What many people end up doing without realizing it, is taking a complex equation and then trying to subtract a food from it here and there.

In reality, what you really want to do is make it very clear to your mind, like:

If you commit 100% to a strict lectin free diet for a short period of time, say 14 days, then you’ll have a really clear understanding of how much better you can feel. What’s more, your ability to have iron discipline will be 100x easier than people who struggle to commit to removing certain lectin foods. If it’s obvious how something affects you, you naturally won’t do it.

It’s also not very difficult or time-consuming to commit strictly for a short period of time, then plan from there, instead of trying to figure out how much a lectin diet would help with all sorts of variables messing with you. 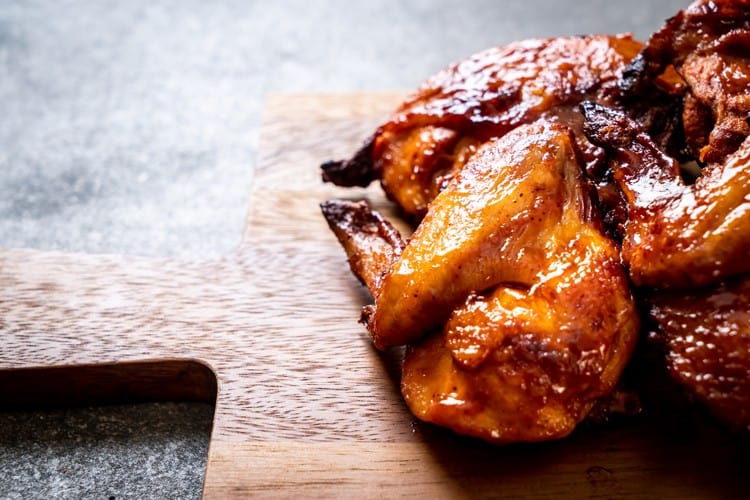 Often times, it is mentioned that the typical paleo diet is great for reducing inflammation and making those with digestive problems feel better. Part of this can be attributed to the increased intake of highly nutritious and anti-inflammatory vegetables and other foods.

Often times, foods that are considered high lectin foods are not eaten in a paleo diet, such as gluten-containing bread.

That being said, there are often foods in a paleo diet that are high lectin foods, so let’s distinguish between them.

First off, there are many foods in paleo that are considered healthy that have been shown to have lectins. An important point to note here, which was also discussed above in the Strategy section, is that there a distinction between food containing lectins and the likelihood that food will cause visible problems, ie. set off food sensitivity symptoms.

Food sensitivity symptoms are not necessarily only appearing as “digestive” symptoms, such as bloating, etc. but rather can manifest as a large variety of things, including for example joint pain or skin rashes.

So for example, cabbage, carrots, cauliflower, cucumber, garlic, and mushrooms are all foods that have been shown to contain lectins, however, they are typically included in a lectin-free diet plan.

Tomatoes, potatoes, peppers, and eggplant are classified as nightshades are often not included in a lectin free diet, as they are often considered likely to set off food sensitivity reactions. Some point out nutritional benefits of these foods, however, there are nutritional benefits in most lectin foods, including bread. Really, it comes down to the strategy of what works best for you.

Often paleo diets will contain grains that contain gluten, however, lectins are found in most gluten-free flours, bread, and other pseudo grains. For example, some flours contain potato, which is a nightshade as mentioned above. Even pseudo grains such as quinoa contain lectins and can cause problems for sensitive individuals.

The food you eat can be either the safest and most powerful form of medicine or the slowest form of poison.           – Ann Wigmore