Do Cucumbers Have Lectins?

So, are cucumbers high in lectins that can cause negative reactions?

Get The Low Lectin Foods List Sent To Your Inbox ASAP

Just enter your email and I'll send you the low lectin foods list free, and you'll join our insider's list, where we share powerful nutrition and mindset tips and more.

Awesome! An email is on the way to your inbox now. 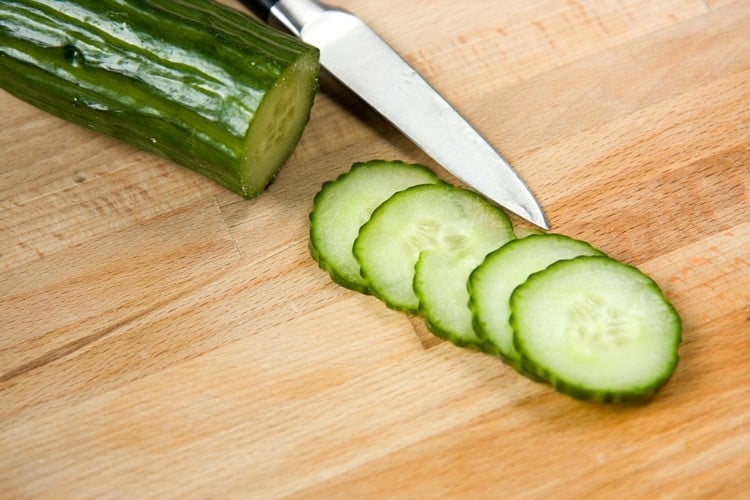 Human Reactions To Lectins In Cucumbers

Research indicates that lectins in cucumbers are very unlikely to cause food sensitivity reactions, which is obviously an important factor in deciding which lectins to avoid - how they make you feel.​

The question "are cucumbers lectin-free" can actually be confusing. There are many foods that contain lectins, however, the question that you probably want the answer to is whether cucumbers have lectins that can set off reactions that make the person feel worse.

Our research shows that cucumbers are a great addition to a lectin-free diet, and our experience matches that as well.

You can also note that in the information above, the parts tested were the cucumber fruit, rind, and seed. So even the skin and seeds of cucumber should prove no problem.

While many foods contain lectins, you probably just want to avoid the ones that make you feel worse. This approach is one that can prove highly effective, and of course in selecting what foods to eat and not to eat, you do need some sort of strategy.

If you listened to every piece of advice about what to eat and what not to eat, you would literally have nothing to eat!

Ways To Add Cucumbers To Your Diet

Cucumbers can be sliced and eaten raw in a salad after washing with water or eaten with a bit of salt to taste. Additionally, cucumbers are fantastic as a part of juice. Consider using roughly half a cucumber and the rest celery.

What you'll have is a very mild tasting juice that makes your tummy feel good and provides a variety of health benefits. You can also add carrots which will overwhelm most of the other tastes.

In order to make your own juice, you can use a juicer, which is different than a blender. The juicer will get rid of most of the pulp, etc. so that the fibrous parts are not included - leaving mostly juice. Since the body does not need to digest the fiber, you're left with a nutrient-dense juice that is easier to digest.

Cucumbers contain a variety of vitamins, minerals, and other aspects that make it a nutritious and good food to eat. While made up of mostly water, the cucumber is actually praised for its ability to ward off water weight. It has been said to be hydrating, while also helping flush out toxins and water. Cucumber water is often offered to help hydration and cucumber slices used in spas, etc. to help rejuvenate the skin, get rid of eye circles, and reduce inflammation.

Like many other fruits and vegetables, it's also been shown to have antioxidative powers. It is considered a fruit, not a vegetable as many would think, and you can distinguish vegetable-looking fruits as fruits due to their seeds.

Perhaps best of all, consuming raw cucumbers offers you natural raw enzymes in their purest form, helping with digestion of foods.

Are Cucumbers High In Lectins?

Our research indicates that cucumbers are low in lectins and also that they are a good, nutritious food to include on a low-lectin diet. Whether you are sensitive to lots of foods or not, cucumbers can be powerful food to add to your diet.

Cutting down on lectins can help massively, but it's also just as important what you add in.