If you've heard anything about the possible benefits of a lectin-free diet (or have experienced benefits yourself), you may be wondering what foods contain lectins. Thankfully, we have plenty of helpful information for you on that topic.

Get The Low Lectin Foods List Sent To Your Inbox ASAP

Just enter your email and I'll send you the low lectin foods list free, and you'll join our insider's list, where we share powerful nutrition and mindset tips and more.

Awesome! An email is on the way to your inbox now. 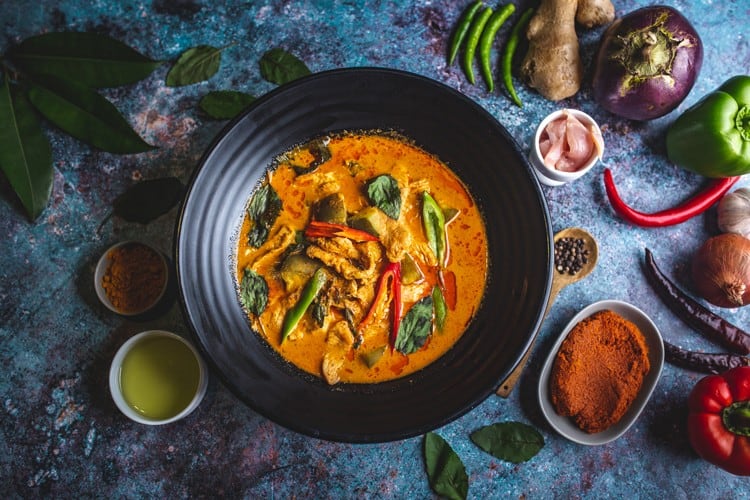 First off, it's worth noting that since lectin foods are often foods that people find they are ​intolerant ​or ​sensitive ​to, many people ​can find benefit in using these foods as helpful indicators of which foods may prove beneficial for them to avoid or remove completely.

So, while there are a large number of foods that contain lectins, there are not only a number of things that can be done to reduce the amount of lectins, but also many people will only avoid the ones that bother them specifically and not ​every food​ that contains​​​ lectins​. They may also eat a diet that is lower in lectins, leaning towards low lectin foods​.

​What Foods Are High In Lectins?

Like mentioned above, many foods contain lectins. In fact, ​it has been said that ​every ​food contains lectins. This is even the case for foods like ​broccoli​, which is generally considered a food that is "lectin-free."

So really, it comes down to ​what foods​​​ are high ​in lectins ​that could cause ​problems?

Grains and pseudo grains are one​​​ of the most commonly known group of foods that ​are considered high in lectins. People often recognize ​grains as a possible food sensitivity as a result of the protein known as ​gluten​, which is actually a lectin.

Even though it is the case that whole wheat bread is sometimes considered more nutritious, as it is not stripped of nutrients, like "enriched" ​white breads, it also contains higher amounts of antinutrients, such as the antinutrient lectin.

​If you feel that you feel significantly worse eating whole wheat, but don't understand why, because it's supposed to be "healthier", it's possible you may have a sensitivity to lectins. For this reason, on a low lectin diet, white bread is generally preferred to whole wheat bread, as it contains less of this antinutrient.

​​​​​​​​​Not all grains contain the same amount of lectins. Some examples of grains include oats, wheat, corn, and rice.

If the person can tolerate sprouted rice, it is quite a nutritious alternative to both brown and white rice. That being said, people who are sensitive to many lectin foods may benefit from eating white rice as it is lower in antinutrients.

​​​Psuedo-grains are a bit different​, ​as they are technically seeds. Some examples of pseudo-grains include quinoa​​, buckwheat, and amaranth.

Millet​ is also a pseudo-grain ​although is often considered to be a safe lectin food.

​Nightshades are another group of foods that ​contain lectins, however, is not very often thought of when thinking of typical food intolerance or sensitivities.

Many people do not even know what foods are considered nightshades. Examples of nightshade foods include potatoes, peppers, tomatoes, paprika, and eggplant.​​​ ​​​

Some caveats worth noting are that ​sweet potatoes and yams ​are not nightshades, even though they look very similar, and are typically included ​when avoiding antinutrients.

Additionally, black pepper and white pepper ​​​​(such as that you'd find table-side in a pepper shaker) are included in a low lectin diet. It is mostly bell peppers that are avoided, although it is lesser known about other types of peppers.

Legumes are another common group of high lectin foods. ​Legumes include beans, peas, lentils, and peanuts.

Often peanuts are considered nuts, although they are technically legumes.

Foods that are made of soy come from soybeans and so are included in the potential avoided foods.

​​Dairy is another group of foods that have lectins. If you are going to eat dairy and feel that you may have some problems with it, ​you can try eating grass-fed and organic dairy, which ​likely has less lectins.

​There are other benefits to doing so as well, such as getting Vitamin K2, which is a beneficial vitamin that can ​be found in grass-fed foods, such as grass-fed meats and ​butter.

​Should ​You Avoid All Foods That Contain Lectins?

Keep in mind that not everyone avoids every one of these high lectin foods. If you were to cut out every possible food, you'd be left with very little.

Of course, it can be very beneficial to cut out foods that you feel make you feel worse. One person may avoid diary like cheese and another may not, but will benefit greatly from avoiding nightshades.