Do Almonds Have Lectins?

So, are almonds high in lectins that can set off these negative reactions?

​​By the way, if you want​ to feel WAY BETTER on your low lectin diet, check ​this out: 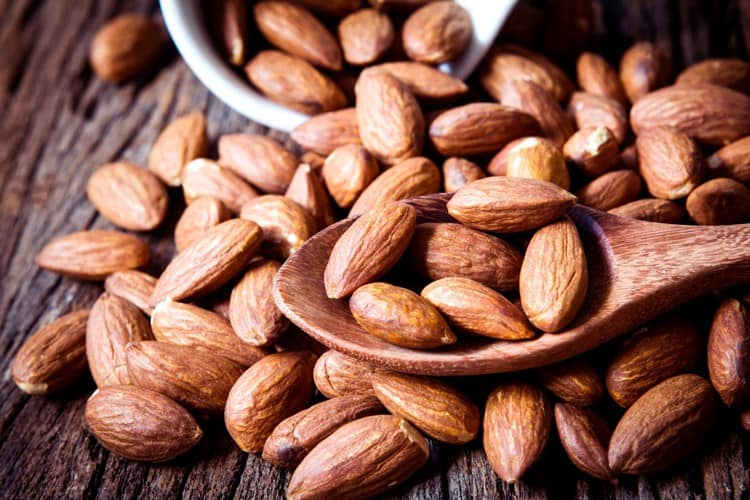 Quick Navigation
Do Almonds Have Lectins?
Human Reactions To Lectins In Almonds
Does Almond Milk Have Lectins?
​Reducing Antinutrients in Almonds
Are Almonds High In Lectins?

Human Reactions To Lectins In Almonds

Research indicates that lectins in almonds are very unlikely to cause food sensitivity reactions, at least when they are eaten without the skins.​

Does Almond Milk Have Lectins?

Typically, almonds are considered a very safe option in a lectin free diet and therefore almond milk is also considered safe. Almond milk does not contain dairy proteins that some people have reactions to, which is one big reason it took off so massively in popularity.

Since many people on a lectin avoidance diet are trying to get plenty of nutrients, loading up vegetables, fruits, and other superfoods into smoothies is a common way to easily take in more healthy foods. Using almond milk or vanilla almond milk as a base instead of water can give your smoothie a slightly creamier taste.

Since sugar besides naturally occurring sugar (such as in fruits) is often avoided in healing diets, it is typically recommended to get unsweetened almond milk with or without vanilla. The sweetened version will sometimes not say sweetened but just be regarded as "regular" whereas unsweetened will be labeled as such.

So, Lectins Food Base recommends not to fear almond milk lectins!

While almonds are often great food for people to eat while avoiding problem lectin foods, you will want to make sure that you do not eat too many. Eating too many almonds each day may cause you to feel tired on the following day.

How many almonds is too many? It is hard to say exactly, but raw almonds with the skin - you may want to try to eat half a cup or less each day.

If however, you wanted to reduce the number of antinutrients in almonds (including any possible lectins), then there are several options you have available.

The first is sprouting, which is widely recognized for its ability to reduce the number of antinutrients and increase the number of nutrients. Until a seed is ready to sprout, it holds onto all these nutrients, and then when it has the conditions to grow (ie. water), it will sprout, reducing the antinutrient content.

If you are wondering, ​does almond flour have lectins?​, then the answer is no, they do not. Almond flour uses blanched almonds, without the skins​.​​​

Are Almonds High In Lectins?

Our research indicates no, except potentially in the skinsand we believe almonds to be a great food option when eating a low lectin diet. Like most foods, you may still want to limit intake and be sure to include plenty of other foods as well.

Even if you are very sensitive to a lot of foods, almonds, especially baked almonds, are likely a great food to include in your daily diet. Blanched almonds don't contain the skins.

​By the way, if you want ​to feel WAY BETTER on your low lectin diet, check this out: